Adobe’s Announcement could mean the end of ourWorld, Animal Jam, Kongregate and many flash portals 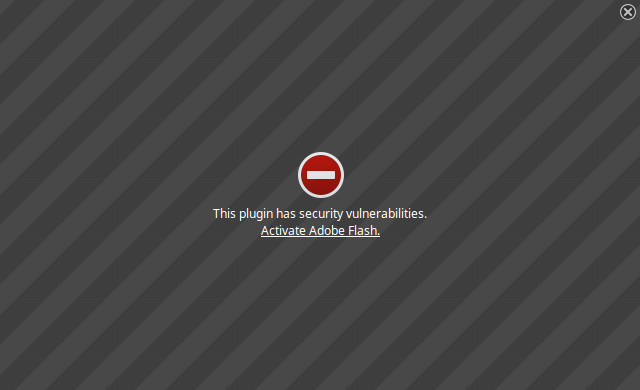 Say goodbye to your favorite games.

Flash Players were once the most widely used plug-ins for watching videos and playing games online.  But due to security flaws in its code, flash always received criticism as a popular way to hacked infected computers.  Flash websites can’t be scanned or monitored by security services meaning a site admin could hide infectious code.

HTML5 technology, Flash’s replacement, offers many of the same functionalities.  One of the major benefits of HTML5 is it can be used for multimedia content and gaming without having to update a dedicated plug-in.  HTML5 offers better security features, as well.

Adobe systems said they will stay committed to support Flash up until the end of 2020 “as customers and partners put their migration plans into place”.

The demise of Flash

Apple criticized Flash quite often, especially in regards to support of iOS mobile devices. The late Steve Jobs once wrote a public letter about its shortcomings, highlighting concerns about its reliability, security and performance.

Adobe’s vice president of product development, Govind Balakrishnan, said the firm had chosen to end Flash because other technologies, such as HTML5, had “matured enough and are capable enough to provide viable alternatives to the Flash player.”

When Adobe acquired Flash in its 2005 purchase of Macromedia, the technology was on more than 98% of personal computers.  But on Chrome, now the most popular web browser, Flash’s usage has fallen off dramatically.  In 2014, Flash was used each day by 80% of desktop users, according to Google. The current figure is just 17%.

“This trend reveals that sites are migrating to open-web technologies, which are faster and more power-efficient than Flash,” Google added. “They’re also more secure.”

Google phased out full support for Flash software at the end of 2016.

What does this mean for games?

The death of flash could mean the end of your favorite games like Animal Jam, ourWorld, Kongregate, Armor Games, and so many others.  If these gaming sites plan on staying up, they will need to migrate their code to something that offers functionality.  Read our post about ourWorld and OpenFL/Haxe.

Thank you all for reading news important to Donny Pie.
All good things must come to an end. Thank you Flash.

ourGemCodes will blog about Discord because it's better than Skype, Raptr, Player.me, and Slack

Last Day on Earth | 6 Useful Life Hacks You should know