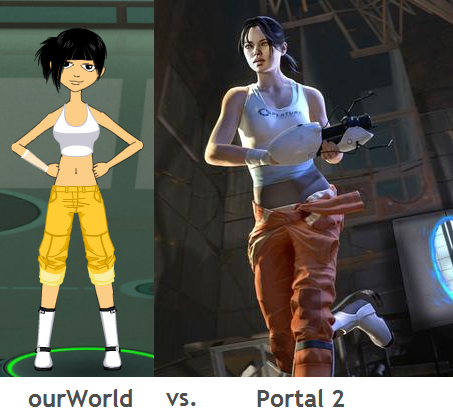 A few days ago the sequel to 2007’s Portal was released.  Portal 2 features all new challenging test chambers and more funny dialog.  This game brings back Chell with a new outfit, the legendary GLaDOS, and a cast of new characters including Wheatley and Cave Johnson.  Trust me this is a must-have game! The first Portal game is available in the Xbox Marketplace if you have an Xbox 360.  The new Portal game can be bought in stores for Xbox 360, PC, and PS3.

You might have slight brain damage, but don’t be alarmed. Although if you do feel alarmed, then try to hold on to that feeling, because that is the proper reaction to being told that you have brain damage.