[vc_row][vc_column width=”1/2″][vc_single_image image=”69356″ alignment=”center”][/vc_column][vc_column width=”1/2″][vc_single_image image=”69355″ alignment=”center”][/vc_column][/vc_row][vc_row][vc_column][vc_column_text][wpsm_dropcap]D[/wpsm_dropcap]onny Pie made humongous strides when he debuted his work for FlowPlay’s ourWorld in 2010 by creating a full-fledge fan site from which you see today: ourGemCodes.com (otherwise known as OGC).  Albeit, OGC is much different from back then, now in 2019, Donny Pie revisits his old blog to reinvent new ideas and content for his diminished network.  So what, exactly, happened to Donny Pie? Why did his network die?  And what is he doing now?

Hello!  Long time no see.  My name is Donnel Garner.  I’m the founder and creator of ourgemcodes.  This is a blog I created during a time when I felt lost and without purpose.  This blog was my way of practicing my passion for writing and technology.  I felt super proud of what I accomplished here.  And I still feel that way.

Why did Donny Pie venture into the world of the internet?

I began working IT at the age of 17 for a company called FastQ Communications located in Phoenix, Arizona.  I was the kid who picked up the phone and made sure your NameServers were setup correctly.  I later went onto attend college on a scholarship to pursue a computer science degree before transferring to Arizona State University.  During this time, I had already began blogging and made dozens of different sites trying out different marketing strategies.  It wasn’t until I began playing a game called ourWorld that I would find a strategy for an audience that worked.

What successes did Donny Pie have?

In 2010, ourGemCodes generated around 150,000 in daily traffic.  In 2011, the site boasted a forum with over 30,000 members and immense activity.  In 2012, I went onto create a radio station called ourWorldFM with hundreds of live DJ’s who broadcasted from all over the world.  Shortly thereafter, I went onto work for GoDaddy.com and was chosen to become a lead developer for a small startup called SearchControl.  I created countless “guide” sites for different games with a similar model to ourgemcodes (some of which you probably visited).  In 2014, GameCardPower was created to showcase my skills and ability to create working business-models.  In 2015, I began uploading videos to YouTube and since then, I’ve garnered nearly 35,000 subscribers with millions of views.  In 2016, I went onto create countless passion-projects.  And during that time, I re-dedicated myself to learning and furthering my skills in marketing and technology.  In 2017, I revisited all my old sites. I deleted sites.  I blogged.  I vlogged.  I did fun things.  I currently downsized from owning +40 web applications to a mere 12 sites.

Why did Donny Pie disappear and let everything die?

I felt burnt out from work and I was overwhelmed from everything over the years.  Entrepreneurship is so draining and even the most confident people begin feeling discouraged.  I do realize, however, that pursuing your passions are a life-long endeavor.  And even though I let everything die, this doesn’t mean everything is dead because the future is bright.

Currently, I’m a submariner in the United States Navy.  In 2018, I decided to make a drastic change in my life.  The Navy was a way to discipline myself and become re-dedicated to something new and unfamiliar.  Of course, I’m still creating things, and while doing so — I’m learning.  The Navy is paying for my schooling and I have incredible projects in the works.  I can be honest.  The Navy isn’t the hardest thing I’ve ever done, but it sure does kick your ass haha.

What’s the future for Donny Pie?

I will ALWAYS created content and blog on ourgemcodes.  This place is like a life-journal to me.  I will always keep my YouTube channel as a memoir of my creative pursuits.  In regards to life, I joined the Navy because I needed to further my skills and mindset in tool developments.  Here are some projects you can look forward to, along with semi-consistent posting on ourgemcodes:

Disclaimer: I rarely ever outsource and if I do, I typically use Fiverr.com for basic things.  I do use pre-made scripts but focus on developing my own scripts which you can find on my github page.  Everything you see and read is created by myself.  This blog is powered by wordpress.[/vc_column_text][/vc_column][/vc_row] 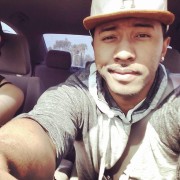 Happy 9 year anniversary! ourGemCodes will be right back with “Who Gives A Shit?” | Personal Projects